Am I really sincere?. Khutbah by Omar Suleiman

Here’s a video you may all find interesting, in shaa Allah we will all learn something from it

I have learned that if someone isn’t sincere then it’s likely that they will actually think they are sincere, so if someone is sincere one of their characteristics is that they will constantly look at themselves and ask themselves “am I really sincere. Am I really doing this for the sake of Allah?” and will constantly renew their intentions when they do an action, they won’t stop doing a good deed just because someone is watching them and they want to fit in the crowd, they won’t do something either because of a person being present (ie whether a person is there or not they will continue with their good actions without bettering themselves or worsening themselves because of a person being there).

If a person improves an action because someone is watching them, or doesn’t do an action because someone is there, or concentrates more on what that person may be thinking about them instead of what Allah thinks about them, then they are only doing the action as a show off, and in that case it’s a hidden shirk and the individual’s action will not be accepted by Allah in that instance because it’s like setting partners with Allah and thus the deed goes towards that partner rather than towards Allah so the deed is lost. No benefit came out of doing it and it’s very dangerous.

So it’s very important that as Muslims we constantly renew our intentions and only do deeds for the sake of Allah to ensure that through Allah’s mercy He accepts our actions from us. Ameen.

May Allah protect us from major, minor - whether hidden or seen - shirk. Ameen.

Alhamdulillah the typing wasn’t playing up this time. 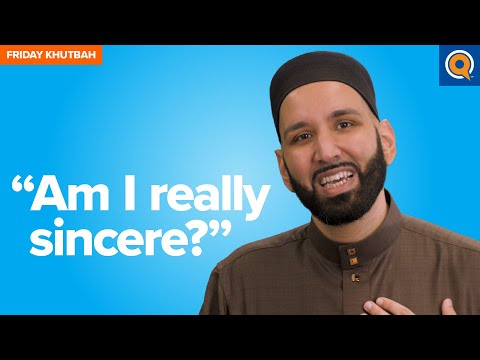 Astaghfirullah, I forgot to mention; so as Muslims we can do deeds in front of people so long as we correct our intention so it’s merely for the sake of Allah but obviously anything we do in secret so it’s between the Creator and His creation is even better.