The importance of tahajjud

Tahajjud is the best of prayers after the obligatory prayers and is also described as a way to be nearer to Allah.

“Be vigilant in standing up [in prayer] at night, for it was the practice of the pious before you. It is a means of gaining proximity to Allah, expiation for transgressions and a barrier from sins.” (Tirmidhi)

“And from [part of] the night, pray with it as additional [worship] for you; it is expected that your Lord will resurrect you to a praised station.” (Qur’an 17:79)

"And the servants of the Most Merciful [Allah] are those who walk upon the earth easily, and when the ignorant address them [harshly], they say [words of] peace, and devote [part of] the night to their Lord prostrating and standing [in prayer].” (Qur’an 25:63-64)

“The best of prayers after the prescribed prayers is prayer in the depths of the night, and the best of fasting after the month of Ramadan is fasting the month of Allah, Muharram.” (Muslim)

The Blessing In The Tahajjud Prayer | SalamWebToday

The prayer of Tahajjud (night prayer) is a very special opportunity for us and we should not lose out on it. Allah tells us in the Holy Qur’an: “And from [part of] the night, pray with it as additional [worship] for you; it is expected that your Lord...

It’s also a time where the supplications of those that call out to Allah are truly answered, in shaa Allah. 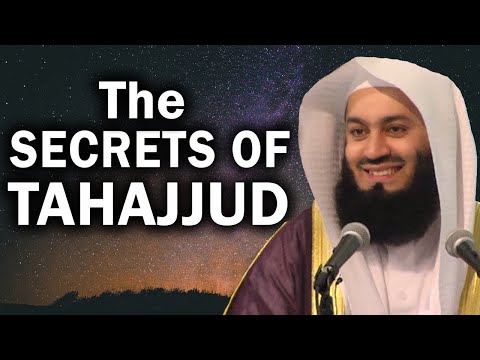 How to perform Tahajjud with additional useful information- How to Perform the Tahajjud Prayer

May Allah make it easy for us and accept our efforts from us. Ameen

Wa Alaikum Assalam, Eemaan, thank you for this.
Ameen

I pray that you are finding the website and its contents useful. Ameen.